Peter's The Deep State of Mind 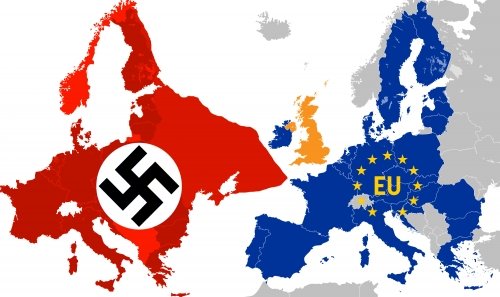 The Making Of A Fascist Federal European Government

Out of the by the Allies defeated Third Reich has been born a fascist doctrine: a supranational economic powerhouse aka a totalitarian European federal state aka the European Union or EU. The EU is inexorably tangled up with the plans of the former National Social Democratic Workers’ Party of Germany (NSDAP) and German industrialists to form a Fourth Reich. A political doctrine based on economic power, rather than an imperium based on military suppression. 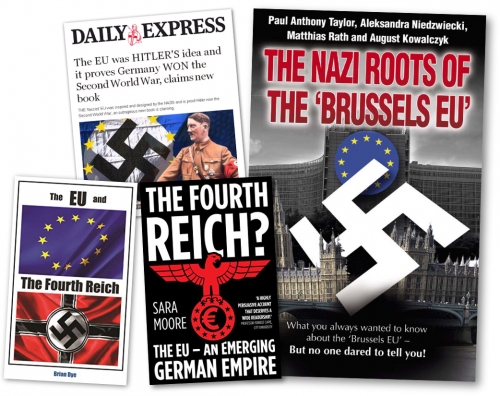 And here we find the comparison between the EU and the German raise to power: The leader of the NSDAP, Adolf Hitler, introduced fascism and national socialism and changed the Weimar Republic in a totalitarian state lead by a dictator, named Adolf Hitler. The freedom of speech was limited, and political parties forbidden. Same we find in nowadays European Union. 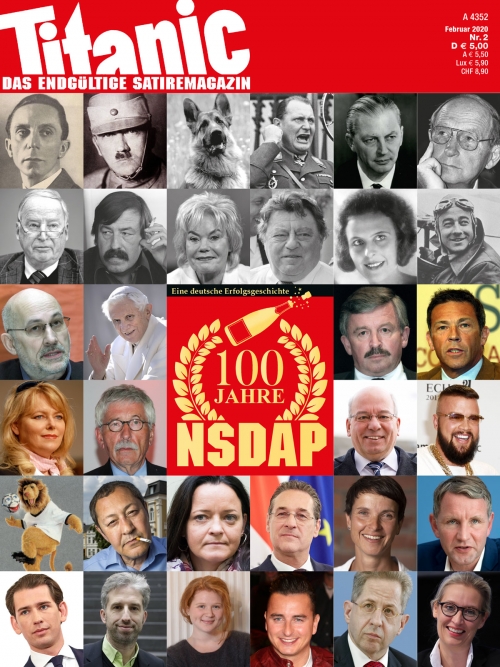 The proof to form a Fourth Reich you find in a ‘secret’ US Military Intelligence report EW-Pa 128 from 7 November 1944 addressed to the Supreme Headquarters Allied Expeditionary Force with as subject:

“Plans of German industrialists to engage in underground activity after Germany’s defeat;  flow of capital to neutral countries.”

The document, also known as the Red House Report, is a detailed account of a secret meeting on August 10, 1944, at the 4-star 136 rooms Maison Rouge Hotel situated on nowadays UNESCO World Heritage Site of Strasbourg. The in 1387 build hotel is at 15 minutes distance from the European Parliament. Here, Nazi officials ordered an elite group of German industrialists to plan for Germany’s post-war recovery and prepare for the Nazis’ return to power. 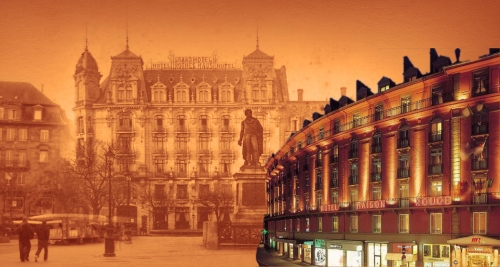 The planning of the so-called Fourth Reich is a follow up of the Holy Roman Empire (962-1806) being the First Reich, the German Empire (1871-1918) as the Second Reich and the ‘Ideal State’ including all German people, the Third Reich or Nazi Germany.

The report mentions that high-ranking Nazis used the loot of Europe to create corporate front companies in many countries, worming their way into corporate America. With their miraculous weapons technology they won the space race. And with their Nazi philosophy that the end justifies the means, they provoked wars of aggression and curtailment of individual liberties, which has since gained an iron hold on ancient European nations where freedom of mind, thoughts and speak were paramount.

The Third Reich was defeated militarily, but powerful Nazi-era bankers, industrialists and civil servants, reborn as democrats, soon prospered in the new West Germany working towards a European economic and political integration.

In April 1951 six European countries, France, West-Germany, Italy, Belgium, the Netherlands and Luxembourg, founded the first supranational organization: the European Coal and Steel Community (ECSC). It created a common market for coal and steel which it regulated. In 1973 Denmark, Ireland and Great Britain joined and in 1981 Greece. In 1986 Portugal and Spain knocked on the door, later followed by Finland, Austria and Sweden. 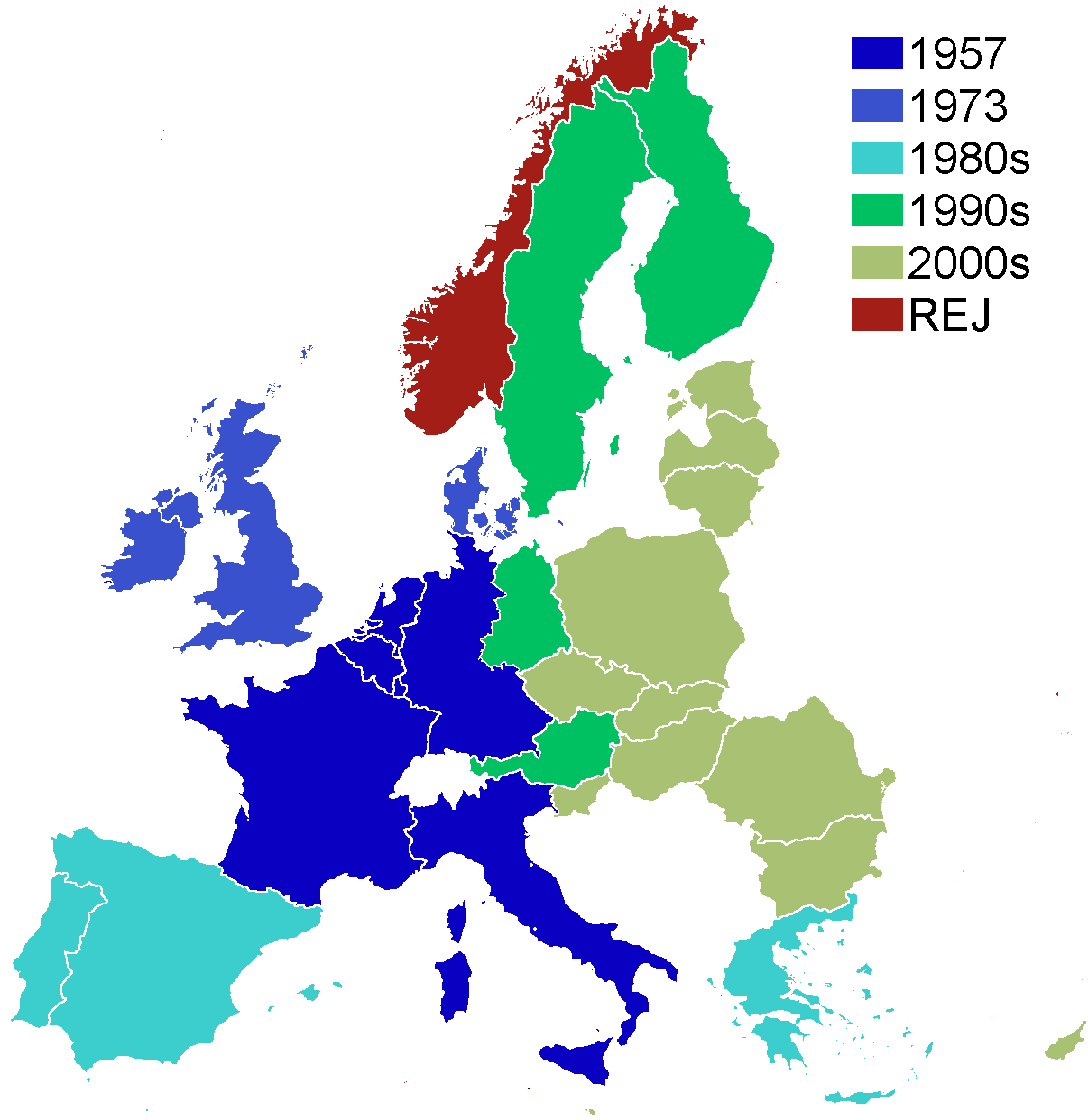 The ECSC sets a vital precedent for the steady erosion of national sovereignty. In 1957 the six members of the ECSC signed the Treaty of Rome, also known as the Treaty establishing the European Economic Community EEC and set up the European Atomic Energy Community. The treaty further liberalized trade and established increasingly powerful supranational institutions including the totalitarian European Union with a European Parliament and European Commission.

The word ‘Totalitarian’ carries a negative connotation, linked to Mussolini’s gangs that beat up the man in the street. Or linked to Hitler that stated how the German nation should behave. But, so he checked and balanced, isn’t the European Union not exactly like Mussolini’s gangs and Hitler’s brawls? Decades after peace treaties are signed, justice warriors, communists, social and cultural Marxists, Soros funded left wing open borders ‘Europe for all’ activists, and the green revolutionaries destroy ‘principles’, ‘norms’ and ‘values’ of ordinary citizens. They are the front-runners of establishing a World Government or a New Order that manifests itself in the European Union. 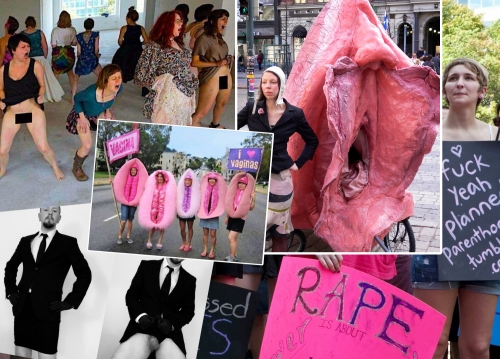 In the year 2007, 62 years after World War II, the leftish governments of ancient European nations collaborated in totalitarianism. A political system presented by the European Union that prohibits opposition parties, restricts individual opposition to the state and its claims, and exercises an extremely high degree of control over public and private life.

Prominent changes included a) the move from unanimity to majority voting, controlled by the ECSC founders Germany, Italy and France, b) a more powerful European Parliament forming a bicameral legislature alongside the Council of Ministers under the ordinary legislative procedure, c) a consolidated legal personality for the European Union and the creation of a long-term President of the European Council and a High Representative of the Union for Foreign Affairs and Security Policy.

Charter of Fundamental Rights of the EU

The Treaty also made the Charter of Fundamental Rights of the European Union (CFREU), legally binding.
The European Union being till so far an economic supranational entity, needed legislative supremacy to develop itself as a Fourth Reich totalitarian political organization. The Charter gave that right through guaranteeing the rights of citizens of the member-states including those who were seeking asylum; it simply was the first step in overtaking the national governments and opening the door to mass-immigration that would dilute the heritage, culture and religion of ancient Europe. 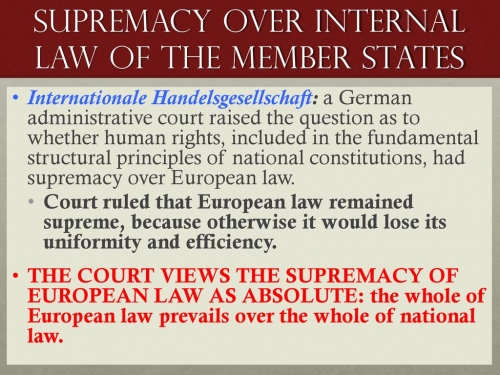 Supremacy over internal law of the member states

The Charter is overruling any national law:

“The peoples of Europe, in creating an ever-closer union among them, are resolved to share a peaceful future based on common values. Conscious of its spiritual and moral heritage, the Union is founded on the indivisible, universal values of human dignity, freedom, equality and solidarity; it is based on the principles of democracy. The supremacy of European Union law means that any national law in breach of the Charter must be set aside by (any) national court. So, the Charter has a stronger legal effect than every member-nation’s Human Rights Act.”

Article 18, the right to asylum, is a key element in the European immigration model and in all the policies and decisions adopted at European level. 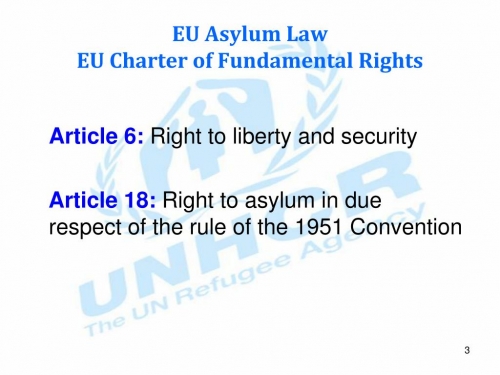 “Immigration is one of the most important social and economic issues of our time. Women and men from far-off lands are forced to leave their homes in search of better and more acceptable standards of living for themselves and their families; others come in search of a democratic society and institutions and the rule of law. This should become a positive meeting of diverse peoples and cultures, which however often ends up being a source of incomprehension, fear and tension. For this coming together to be genuinely mutually-enriching there is a need for rules, financing and policies that make the concepts surrounding integration real and practical. Immigration should fully uphold the fundamental rights of everyone, as well as the principles of equal treatment and non-discrimination”. 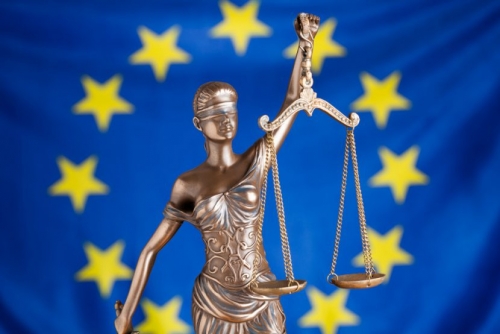 Supremacy over internal law of the member states

Hence the resistance of Great Britain to adopt the Charter and to ‘Brexit’. Baroness Deech outlined her reasons for opposing the retention of the Charter as follows:

“It offends against the rule of law and parliamentary sovereignty in that it would allow our judges actually to invalidate British law, not just declare it incompatible with human rights, as under the Human Rights Act, but set it aside and nullify it. If you believe in parliamentary sovereignty now, and its full recovery after Brexit, if you believe that this House should make and unmake laws, while judges interpret and apply it, then the power to set aside our laws is unacceptable”. 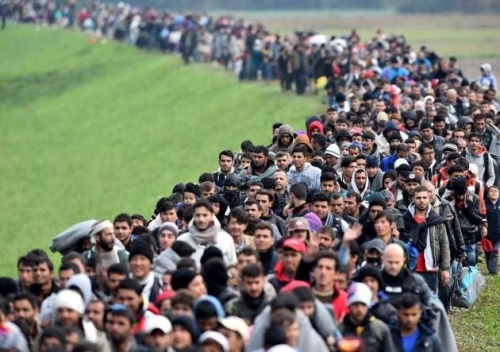 The Treaty of Lisbon centralized the European Union, weakened democracy by moving power away from national electorates and made the European Parliament a copy of the war-time Greater German Reichstag, the pseudo-Parliament of the Third Reich from 1933 to 1945.
Following the Nazi seizure of power and the passing of the Enabling Act of 1933, the Reichstag acted like the European Union as a rubber stamp for the ‘likes’ of Adolf Hitler and the ‘likes’ of former European Union President Jean-Claude Juncker. Both are sedative dictators: One is drunk of power, the other drunk of alcohol.

By the terms of the Treaty of Lisbon of 2007, the European Union granted powers to enact or abolish decrees as they see fit. Herewith two examples:

1. By the opening of the European Parliament on 2 July 2019 in Strasbourg, France, Eurosceptic MEPs turned their backs to the chamber during the rendition of the European Union’s ‘national’ anthem, Beethoven’s ‘Ode to Joy’. They say the European Union should not be treated as a country. Brexit Party leader Nigel Farage:

“It is disrespectful to the ancient states of Europe that, without asking anybody’s permission, a false creation like the Union turns into the legitimacy of a country. Because that’s what the president of the parliament called it this morning: The Nation’s song.” 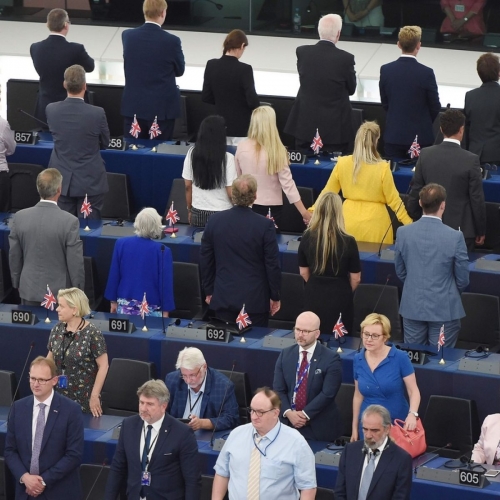 ‘The European Union is not a nation’

“What will supposedly replace Europe is a crude mixture of the continents of Europe and Africa. Europe could not remain a place of peace and freedom, unless mass immigration-related diversity is imposed. Including across even the most remote corners of Europe. If needed I will crush conservative governments who don’t cooperate.”

Timmermans who spent much of his time as President Jean-Claude Juncker’s deputy ordering eastern EU states to open their borders to third world migrants, states further: “Democracy revolves around respect for minorities.”

As leader of the Party of European Socialists (PES) Timmermans said during a speech in May 2019 that was packed with references to “1940”, “Nazi Germany”, and “never again”, that “Under his leadership, the European Commission would have zero tolerance for nations which reject any part of the globalist, ‘progressive’ agenda including third world migration.”

The post-war European Union and pre-war Germany share both fascist leaders that spit on the freedom of mind and speech of the local population. For the sceptic and the ‘this cannot be true’ readers, underneath three definitions of fascism.

According the Urban Dictionary:

“Fascism is a form of totalitarianism that holds the State to be the highest value, to which all individuals must be completely loyal.”

According the Free Dictionary:

“Fascism is a political theory advocating an authoritarian hierarchical government as opposed to democracy or liberalism ideology.”

“Fascism is a political philosophy, movement, or regime that exalts nation and often race above the individual and that stands for a centralized autocratic government headed by a dictatorial leader, severe economic and social regimentation, and forcible suppression of opposition.” 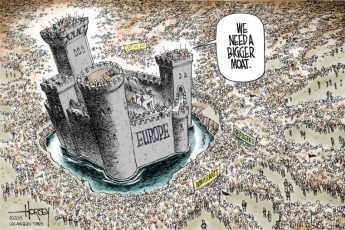 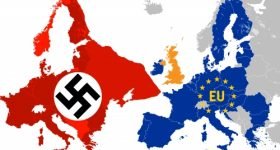 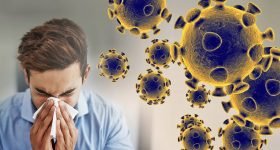 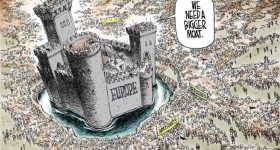 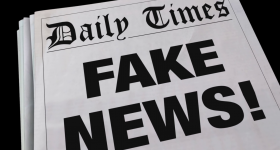